What's on your mind?

So, I’ve been thinking of my own continuity to the Batman franchise and I thought of this as a spinoff.

This movie would take place 5 years after No man’s land, and with Batman seemingly dead, government agent Amanda Waller takes this loss as an opportunity for her and forms Task Force X (or the Suicide Squad as many of Waller’s subordinates call it) to raid Jotunheim, a base in a small island called Corto Maltese researching on an extraterrestrial species only known as Project Starfish. There would be two teams (three counting the original Suicide Squad from the 1950s)

Leader: Rick Flag: the grandson of a war hero, Flag leads the first team and later the second team to destroy Project Starfish, but later learns that he was used by Waller, who actually wanted to destroy any evidence of her involvement in Project Starfish and when he tried to expose the truth, Peacemaker betrays him and kills him. However, he is avenged when Deadshot blackmails Waller into letting him and the other members and his daughter go.

Harley Quinn: when the Joker goes into a catatonic state due to Batman’s seemingly demise, Harley is left on her own. When she tried to go solo and continue her boyfriend’s legacy, she is sent to Belle Reve. She is eventually dragged into Task Force X by Waller when she threatens to get Arkham to put the catatonic Joker into the electric chair. She is one of the three people to survive team 1’s slaughter at the hands of the Corto Maltese army, alongside Captain Boomerang and Flag, but ends up getting captured. She manages to escape and joins team 2, bonding with both Boomerang and Deadshot. She eventually assists the other members in fighting both the CMA and 0.

Captain Boomerang: George Harkness is an Australian criminal who was imprisoned in Belle Reve for robbing every bank in Central City. He is coerced into Task Force X and is given a boomerang that can slice through anything. He manages to survive team 1’s slaughter and escapes into the jungle and meets team 2. He would then join in the fight against Project Starfish and slices one of its legs to bleed it out. He eventually leaves Corto Maltese alongside the other surviving members.

Savant: Brian Durlin is an assassin who became a self styled vigilante. Savant was then put into Belle Reve for blackmail and the murder of multiple people. He then joins Task Force X to get out of prison, but when he sees Team 1 get killed, he tries to flee to get a higher ground in fighting them. However, Waller believes what he was doing was desertion so she blew up his head with the bomb attached to it.

Javelin: a German assassin who joins Task Force X to purge his criminal record. However, things don’t go according to plan and is killed.

T.D.K (detachable kid): Floyd Belkin is a criminal who gained the ability to detach his body limbs and telepathically control them (how he gained it is unknown). He tries to fight back against the CMA’s forces, but tries to run away when both of his arms are shot repeatedly. This causes Waller to execute him, blowing his head up.

Zebra Man: Jacob Baker was a volunteer for an experiment and gained the ability to attract metal and super strength. He would get killed by the CMA alongside most of his crew mates.

Weasel: Weasel is a genetic experiment result that is mind controlled by Waller. However, it is proven useless when it drowns due to landing in the ocean.

Blackguard: Blackguard is an assassin who eventually Joins Corto Maltese’s army and sets the Suicide Squad up in exchange for 50 million dollars. However, he is killed by President Mateo Suarez, who burns the money in front of him before shooting him in the head.

Leader: Deadshot: Floyd Lawton is a hired assassin who is an enemy of Batman. He is eventually put into Belle Reve after Gotham City rejoined the mainland. He cares for his daughter so much, that he was blackmailed into the suicide squad by Waller when she threatens to put his daughter in prison for stealing. He eventually gets along with most of the team except for Peacemaker, developing a friendship with Boomerang, Harley, and King Shark. He even feels bad for Killer Frost, Doctor Psycho, and Polka-dot Man when they explain their respective origin stories. He eventually uses the evidence of Waller’s involvement in Project Starfish to blackmail her into letting him and the surviving members go and keep his daughter out of prison.

Peacemaker: Christopher Smith is a vigilante who loves peace and does anything for peace. He develops a rivalry with Deadshot since he does exactly what he does. It’s revealed that he was the only member without a bomb because he was hired to destroy any evidence of Waller’s involvement. He kills Flag to keep the evidence from going public, but is killed by Deadshot after realizing his betrayal.

King Shark: Nanaue is supposedly the son of an ancient Shark god and has an urge to eat humans. Due to his strength, he is put into task force X. Although he sees his fellow teammates as potential food, he bonds with Killer Frost and Deadshot teaches him that he can’t just kill any person he sees and can only eat his enemies but never his friends. Nanaue would understand and even use his appetite to threaten Gaius Grieves into getting them into Jotunheim. He eventually joins the group into fighting 0 and Mateo to keep them from destroying Corto Maltese.

Killer Frost: Crystal Frost was a scientist who fell in love with her teacher in Hudson University. She eventually learns that he was getting married, and out of depression, tried to kill herself by freezing herself with her own liquid nitrogen formula. However, she survived and gained the ability to control ice. She becomes a criminal when she murders her teacher and his wife and is sent to Belle Reve. She joins the Suicide Squad and bonds with King Shark after learning of his own tragic past with his abusive father. She eventually assists in the fight against 0 and freezes his legs to keep him from escaping the Squad’s all out attack.

Doctor Psycho: Edgar Cizko is a misogynistic telepath who was a medical student in college who was humiliated due to his short stature. When he learns that his fiancé Marva Grey was cheating on him with a college athlete, he goes insane and attacks her lover with his new telepathic powers (he gained it after discovering the secret of using telepathy), causing him to be sent to Belle Reve. Psycho would then be coerced into joining the squad, and dislikes Killer Frost. When he reveals the reason he hates women, Frost tells him that not all women are like that. Psycho also makes fun of Polka Dot Man for his name and powers, although he would warm up to him when he reveals his backstory. Psycho joins in in fighting 0 and kills multiple of its army by turning them against each other.

Polka-Dot Man: Abner Krill is the son of a Star Labs scientist who was obsessed in turning him and his siblings into super heroes. She would infect Krill with a super virus that gave him the ability to create flamboyant disc like polka dots that he uses to kill people. He uses the virus to kill his mom, causing him to be sent to Belle Reve. He joins the suicide squad and although picked on by Peacemaker and Doctor Psycho, the latter warms up to him when he reveals his backstory to the group. He joins in the fight against Mateo and 0 when the latter and Starro escape

Starro the conqueror (eventually): Starro is an alien starfish that was taken along with three others, including his master 0. He alongside the other two were tortured by the Thinker in his experiments and eventually kills the other two. When the bombs go off, both Starro and 0 are freed, with the former killing Thinker for torturing him since the 1970s. When 0 begins attacking Corto Maltese, Starro, wanting revenge for 0 doing nothing in Thinker’s actions, he joins the suicide squad in fighting 0, hacking into Waller’s bombs, and kills Mateo and his army and turns them into his pawns. After killing 0 with the squad, he leaves earth, thanking the squad from helping him leave earth. A post credits scene shows Starro returning to his home planet, reuniting with his species.

Without being in telltales

“Secrets that are mine alone to know... Bruce. It's true, Batsy! I know everything. And kinda like the kid who peeks at his Christmas presents, I must admit, it's sadly anti-climactic. Behind all the sturm and batarang, you're just a little boy in a playsuit, crying for mommy and daddy! It'd be funny if it weren't so pathetic.” “Oh, what the heck, I'll laugh anyway! HA HA HA HA HA HAA!” 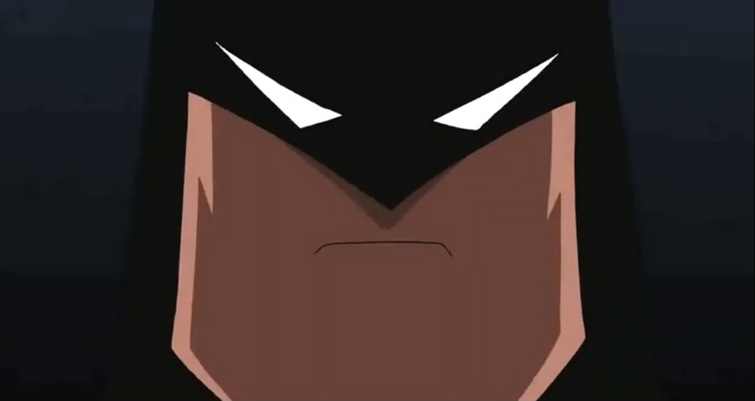 Attached below is a document detailing a storyline for how I would've done things if I had been in charge of managing DC's film universe. The story is split into two parts, the Luthor saga which details Lex Luthor's efforts to build the Legion of Doom, and the Apokolips saga, which focuses on Darkseid and his plot to discover the Anti-Life Equation on Earth. Read if you are interested and tell me what you think.

How I would've run the DCEUGoogle Docs

Note from Admin: Other sources are claiming that Keaton will appear in other "DCEU" films, but no word on whether any are a Solo Batman for him. The website/article cited is well-known for being unreliable and making claims that are either tabloid gossip or clickbait.

I read online that a Batman solo movie starring Michael Keaton is in the works, As evidenced by this article: https://wegotthiscovered.com/movies/warner-bros-reportedly-developing-michael-keaton-batman-solo-project/

Now, I have reason to believe that WB might be resurrecting Batman: Unchained, which was cancelled, due to the box office apocalypse that was Batman: Forever and Batman and Robin. Then i remembered that Unchained was a sequel to those movies. So, what do you think it might be about? And what kind of villains would be featured in it? 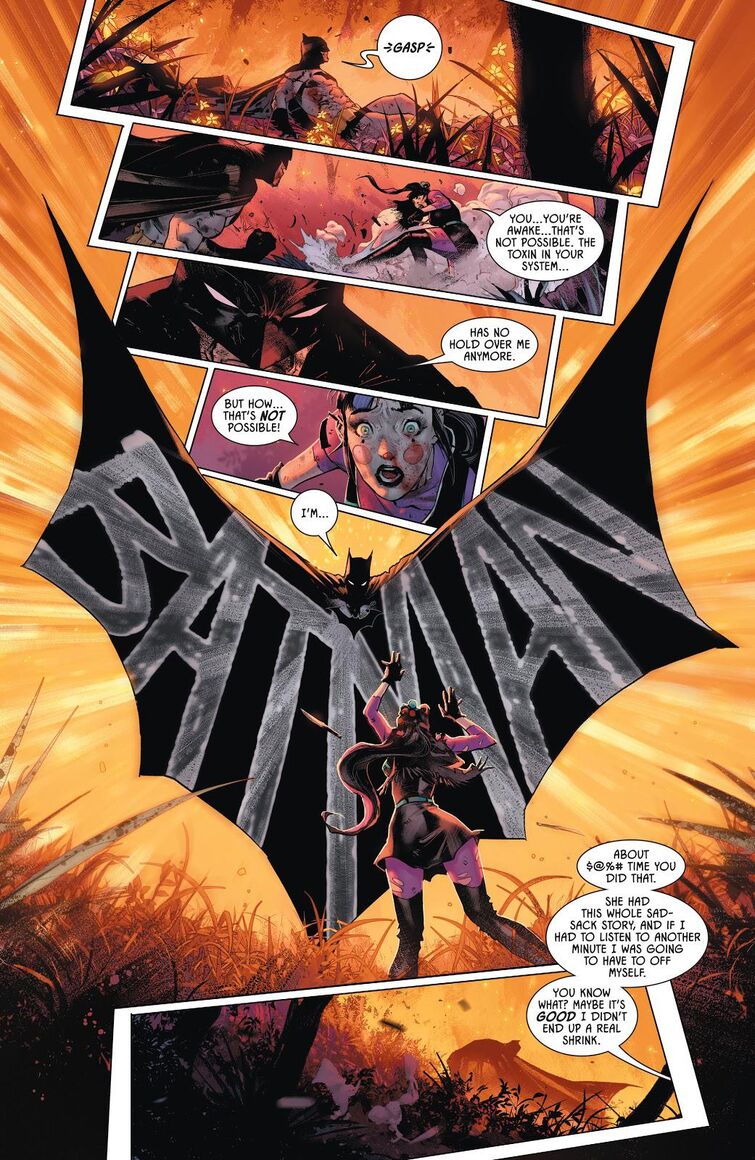 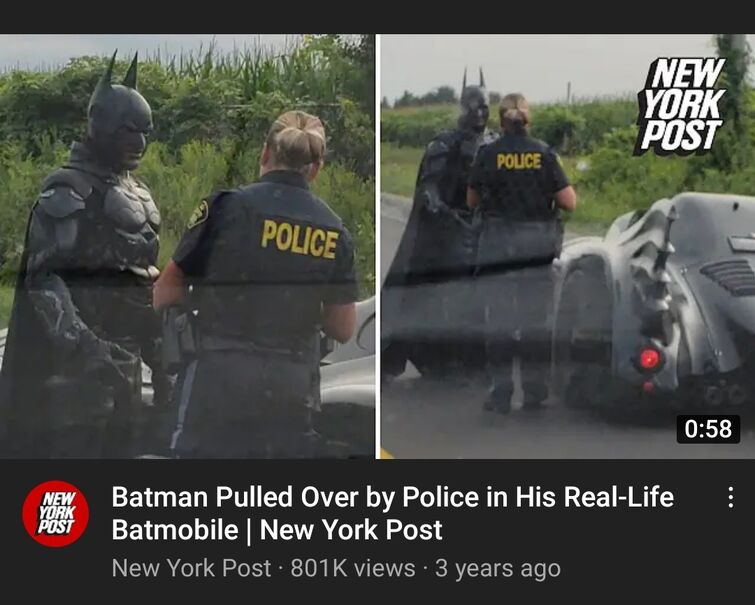 Batman- “I believe you.” 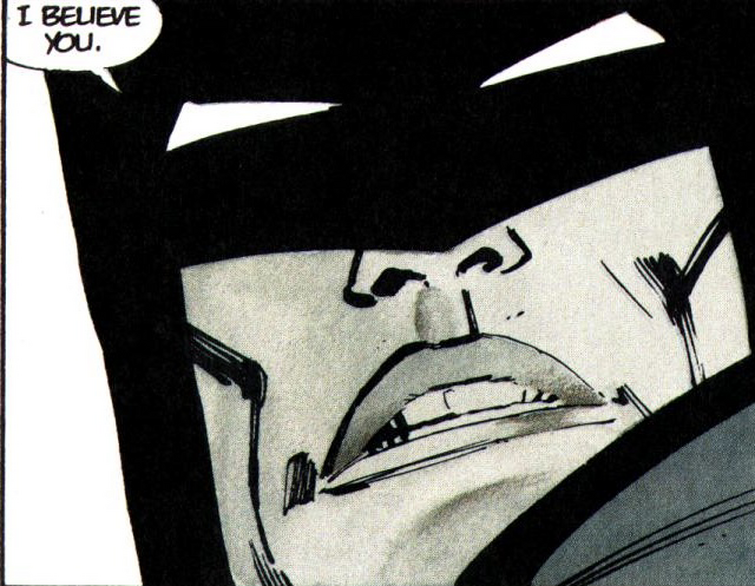 “They don't even wait for an order. Kids these days. No respect” 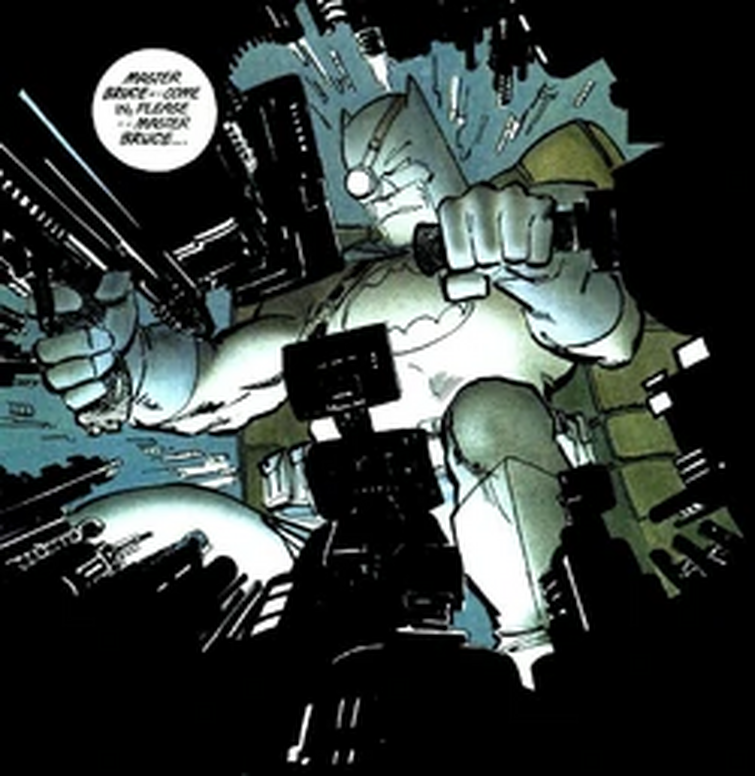 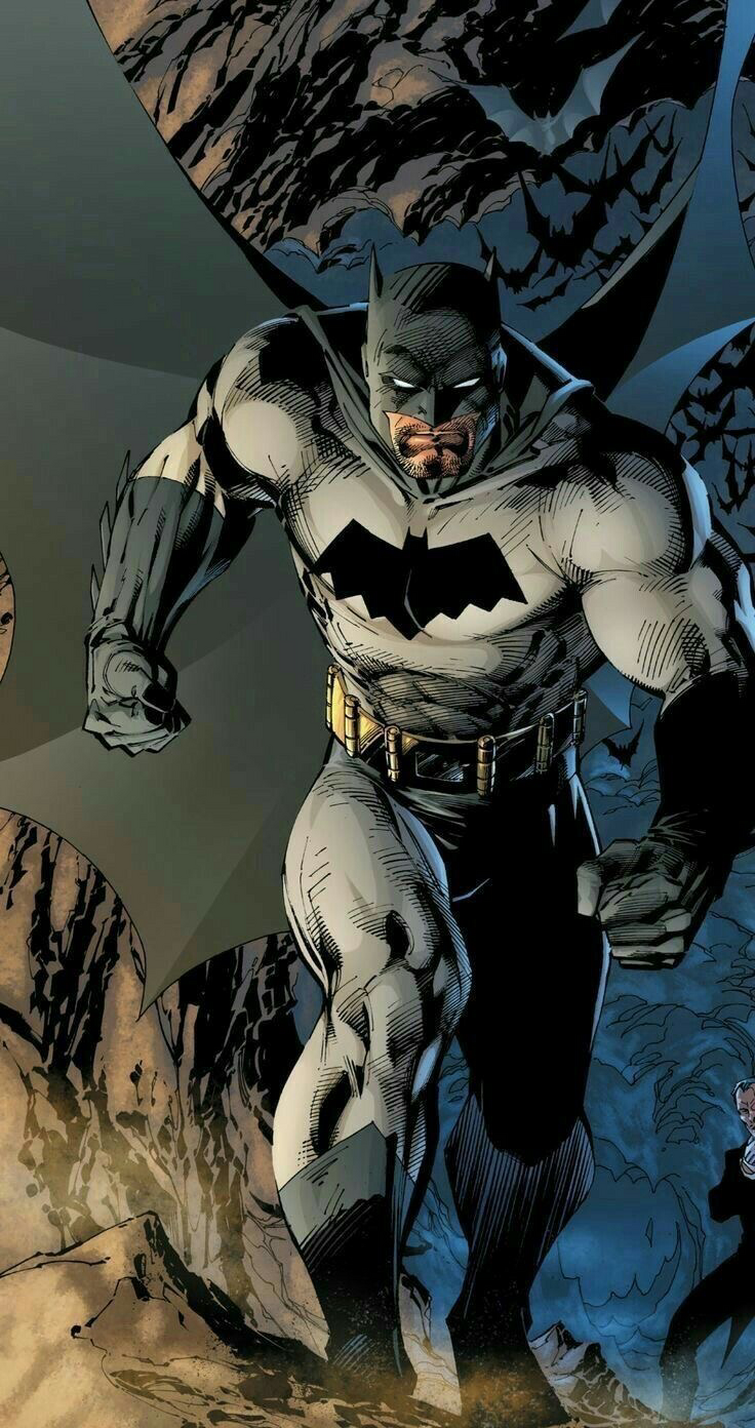 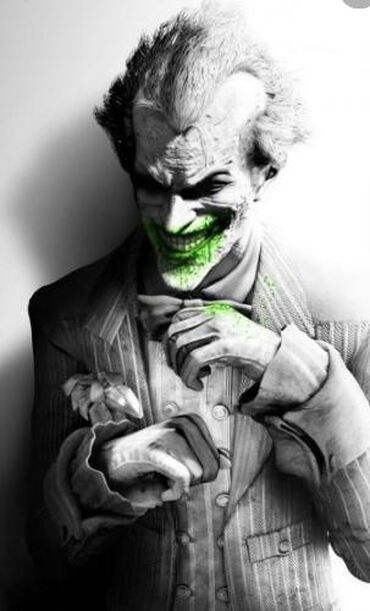 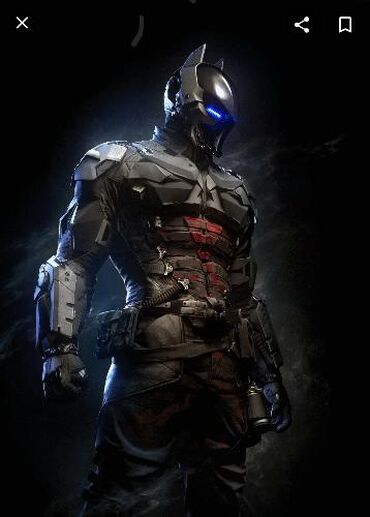 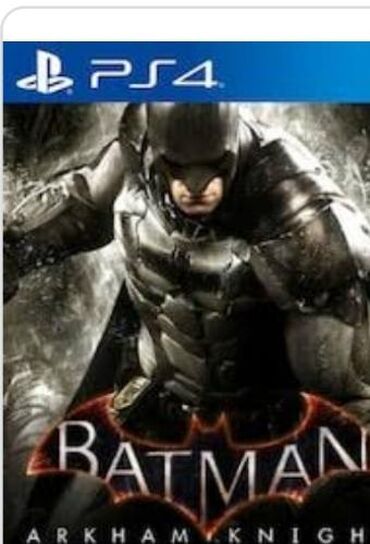 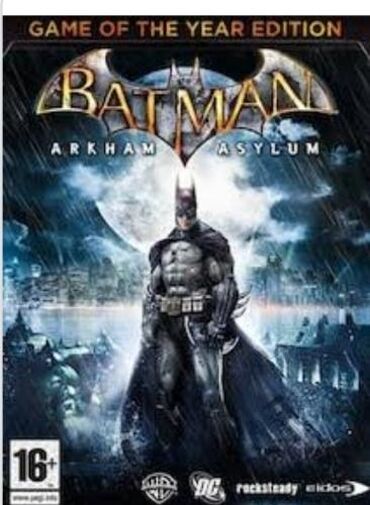 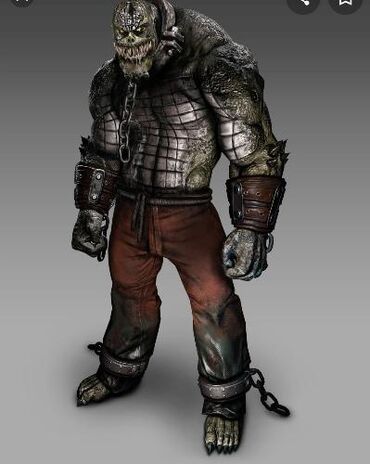 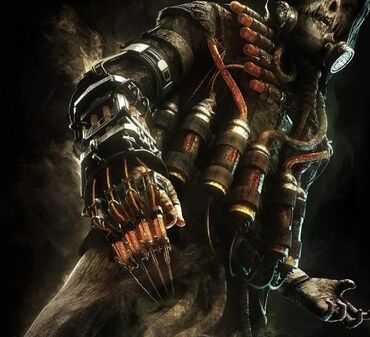