Batman
Anton Furst was a English production designer that worked on Tim Burton's Batman. Furst was a design theorist that had a wide knowledge of international architectural styles. Furst instructed his longtime draftsman, Nigel Phelps, to include elements of Shin Takamatsu and Antoni Gaudí for his set illustrations. Furst is often given full credit for designing the Batmobile, though in actuality it was designed by Julian Caldow.

Furst was unable to oversee the production design of Batman Returns due to signing a contract with Columbia, after Jon Peters promised to give him a project as a director. In 1991 his company was hired by DC Comics to create an architectural scheme for Gotham City in the comics. The change was explained by having a mad bomber demolish buildings, changing Gotham's skyline. These designs, known now as Old Gotham City, were used prominently until 1998, when they wrote them out of continuity with an earthquake.

Tragically, Furst committed suicide November 24, 1991. Furst had separated from his wife and began taking Halcion, a sleeping drug that had been banned in Britain due to its possible side effects of amnesia, paranoia and depression. His drinking also became more of a problem.[1] He was about to check into a rehab in 1992, and told his friends he was going to the car to fetch his cigarettes and jumped off an eighth story parking deck.[2] 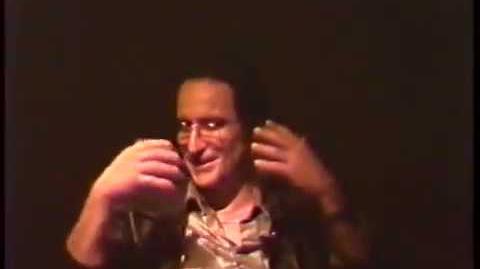