Justice League vs. Teen Titans
Batman: The Killing Joke is a DC universe direct-to-video original animated movie. It is a film adaptation of the Alan Moore/Brian Bolland comic of the same name. It was released in July 2016.

Barbara Gordon as Batgirl fails to stop a robbery, but manages to stop one fleeing criminal with help from Batman. Unknown to Batgirl, the robbers' leader Paris Franz develops a dangerous obsession with her. As she starts receiving messages from Franz, Batman shares his concerns that she is not taking the situation seriously. After Franz tricks her into finding his uncle's dead body, Batman becomes even more concerned about her safety and takes her off the case. Outraged, Batgirl starts attacking Batman both verbally and physically. She eventually subdues him, shares a kiss with him, and they have sex. The next night, Batgirl tries to apologize to Batman, but he is ambushed by Franz and his men prompting her to go to his aid. When she arrives, she fights Franz and beats him, but relents from killing him. Realizing Batman was right, she retires from crime-fighting.

Sometime later, Batman investigates a murder scene with Detective Harvey Bullock and concludes that Joker, currently held at Arkham Asylum, might be behind the crime. He goes to Arkham to talk to him, only to discover that he had escaped. He then learns that Joker attacked Barbara and her father Commissioner James Gordon, shooting and permanently paralyzing her in front of Gordon before kidnapping the latter. Joker takes Gordon to an amusement park and subjects him to torture, showing him photos he took of Barbara after shooting her.

While the present-day story progresses, flashbacks are used to explain Joker's origins. It is revealed that he was an engineer who quit his job at a chemical company to become a stand-up comedian, only to fail miserably. Desperately trying to support his pregnant wife Jeannie, he agrees to guide two criminals through his former workplace at the chemical plant in order to rob a card company next door. In turn, the criminals tell him that he has to use the Red Hood's mask and caped costume, intending to frame him. During the planning, the police inform him that Jeannie and her baby both died in a household accident. Grief-stricken, he tries to withdraw from the plan, but the criminals talk him into keeping his commitment to them.

At the plant, the criminals have him don the red mask and cape. Once inside, they run into security personnel, and a shootout occurs. The criminals are gunned down and the engineer is confronted by Batman, who is investigating the disturbance. Terrified, the engineer trips and falls into the chemical plant's waste pound, managing to escape Batman in the process, and is swept through a pipe leading to the outside. Once outside, he realizes that the chemicals have permanently bleached his skin chalk-white, stained his lips ruby-red, and dyed his hair bright green. The entire ordeal, combined with Jeannie's death, drives him into insanity and leads him to become the Joker.

Back in the present day and after many unsuccessful attempts, Batman manages to find Gordon after Joker sends him a clue that leads him to the amusement park. He saves Gordon while the Joker retreats into the funhouse. Despite being tortured, Gordon remains sane and he demands Batman to capture Joker "by the book". Batman follows Joker through the funhouse as Joker tries to persuade him that the world is just one big joke and thus not worth fighting for. He also states that just one bad day is enough to drive an ordinary man insane, and mocks Batman by correctly guessing that it was one bad day that drove Batman into becoming a vigilante.

Batman eventually subdues the Joker, tells him that Gordon remained sane despite everything he suffered, and concludes that Joker is alone in his madness. He then attempts to reach out to Joker, offering his help in rehabilitation in order to put an end to their everlasting fight, which Batman fears may one day result in their deaths. Joker declines, commenting it is too late for Batman to help him. He then says that the situation reminds him of a joke, which he proceeds to tell. Batman starts laughing at the punch line, accompanying Joker's maniacal laughter as the screen cuts to black.

In a mid-credits scene, Barbara is in her wheelchair entering a secret room in her apartment. As she turns on the computers, Oracle's logo appears on the screen. 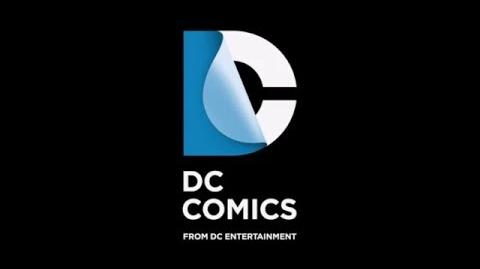 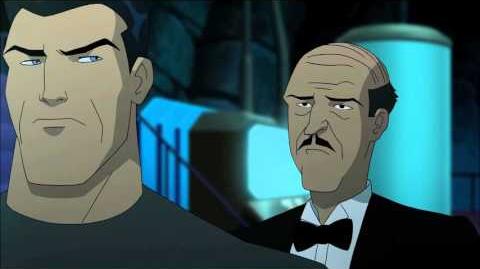 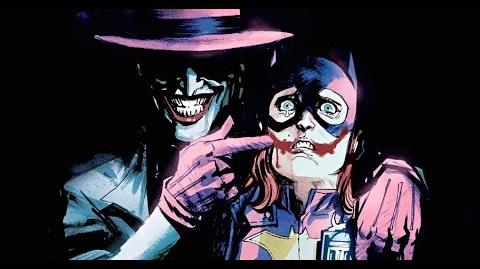 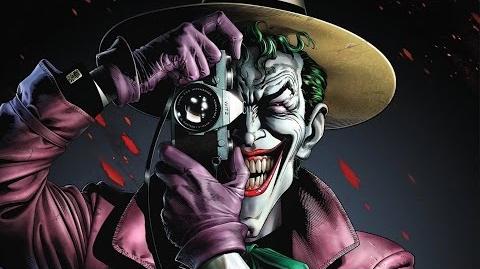 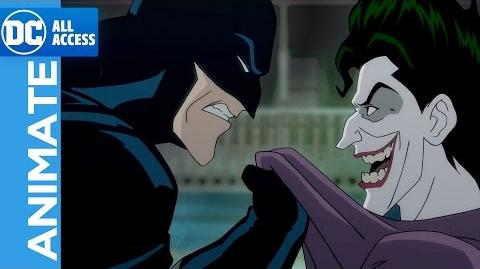 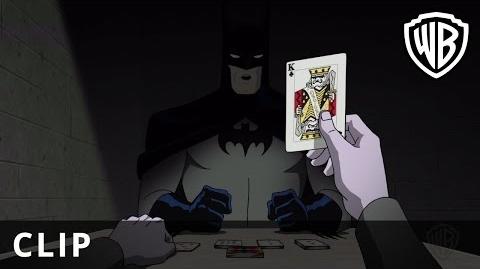 Batgirl on the Scene