The Batman film franchise follows various incarnations of the character created by DC Comics. The franchise consists of a total of nine theatrical live-action films and two live-action serials, excluding various villain spin-off and crossovers with other DC films. The franchise has starred various actors in the roles of Batman, including Adam West, Michael Keaton, Christian Bale and Robert Pattinson. Ben Affleck has also appeared as in the Justice League film series, though is expected to be replaced by Keaton in 2022.

Columbia Pictures produced another 15-chapter serial with Batman and Robin this time going after a mysterious villain named The Wizard whose identity wasn't revealed until the end. Batman was played by Robert Lowery with Robin played by Johnny Duncan.

Batman (now called Batman: The Movie) is a movie distributed by 20th Century Fox. The film was a tie-in to the highly popular 1960s Batman TV series starring Adam West and Burt Ward as Batman and Robin, respectively. The film also featured Lee Meriwether as the Catwoman, Cesar Romero as the Joker, Burgess Meredith as the Penguin and Frank Gorshin as the Riddler. William Dozier returned as producer and narrator making it seamless with the series airing at the time.

Tim Burton helmed the motion picture Batman, which was released on June 23, 1989, a month after Batman's 50th anniversary of his comic debut. Michael Keaton was cast as Batman/Bruce Wayne, the caped protector of Gotham City and Jack Nicholson was chosen to portray The Joker, the film's main villain.

The film would go on to change how people looked at superhero movies and as well as influence future blockbuster movie marketing tactics. Legally, it is still the only film that can be called simply, Batman.

After the success of Batman, WB released the sequel Batman Returns on June 19, 1992 with Michael Keaton returning in his starring role with two main adversaries: The Penguin (portrayed by Danny DeVito) and Catwoman (portrayed by Michelle Pfeiffer).

WB followed up with the debut of Batman: The Animated Series on television in the fall of that year, synergizing with the home video release of the film. Danny Elfman's Batman Theme was utilized for the intro.

Batman Forever was released on June 16, 1995 as both a follow-up and revitalization under the direction of Joel Schumacher. Val Kilmer took over the role of Batman/Bruce Wayne from Michael Keaton. It introduced Batman's faithful sidekick Robin (portrayed by Chris O'Donnell) and two more main villains: Two-Face (portrayed by Tommy Lee Jones) and the Riddler (portrayed by Jim Carrey).

A strong focus on brighter visuals and "beauty" proved popular with audiences at the time of the movie's release.

Batman & Robin was released on June 20, 1997. Joel Schumacher returned as director along with the main on-set producer, Peter MacGregor-Scott who oversaw the previous film from start to finish as well. After a breakdown in negation regarding the script, Val Kilmer chose not to return. George Clooney took over the role of Batman while Chris O'Donnell reprised his role as Robin/Dick Grayson. The film also introduced new team member Batgirl (portrayed by Alicia Silverstone) and three villains: Mr. Freeze (portrayed by Arnold Schwarzenegger), Poison Ivy (portrayed by Uma Thurman) and Bane (portrayed by Jeep Swenson).

The films produced by filmmaker Christopher Nolan, marketed collectively as The Dark Knight Trilogy, were released between 2005 and 2012 and substantially rebooted the franchise aiming for a darker, more realistic tone.

In 2003, Christopher Nolan and co-writer David S. Goyer outlined a draft of a Batman origin story. Christian Bale was cast in the title role along with Michael Caine as Alfred, Gary Oldman as Jim Gordon and  Morgan Freeman as Lucius Fox . The film introduced a new character, Rachel Dawes played by Katie Holmes and the main villains were Ra's Al Ghul (Liam Neeson) and Scarecrow (Cillian Murphy). Batman Begins was opened on June 17, 2005 to overwhelming critical success. Financially it was more of a "sleeper hit" compared to previous movies, through word-of-mouth it became phenomenon on home video.

Plans for a sequel were already in the works around the time of Begins when Goyer outlined a story featuring the Joker. The film featured Harvey Dent/Two-Face in prominent role and was played by Aaron Eckhart while Maggie Gyllenhaal replaced Katie Holmes as Rachel. A animated home video tie-tin, Batman: Gotham Knight was released to promote the film. The movie opened on July 18, 2008 to massive critical acclaim with Heath Ledger, who died during production, being posthumously awarded the Oscar for Best Supporting Actor for his performance.

The third and final installment of the Nolan series was released on July 20, 2012 and featured Bane as the main villain played by Tom Hardy with Anne Hathaway playing Selina Kyle. The film also introduced characters of John Blake played by Joseph Gordon-Levitt and Miranda Tate played by Marion Cotillard.

Warner Brothers selected director Matt Reeves to restart the Batman film series after the commercial failure of Justice League crossover movie. It has been pitched as a more mystery/detective-driven narrative than any previous films. The Batman was released on March 4, 2022. Robert Pattinson was selected as the new Bruce Wayne of this series as he investigates a series of murder related to Gotham's organized crime. The film also features members of the rogues gallery, including Zoë Kravitz as Catwoman, Paul Dano as the Riddler and Colin Farrell as the Penguin. At least two sequel films are planned to follow up the film. Two limited-series spin-offs are also in production for HBO Max, including The Penguin and a currently untitled "Arkham" series.

Batman v. Superman: Dawn of Justice was released on March 25, 2016, directed by Zack Snyder. A follow up to Man of Steel, the film features Ben Affleck as Batman and intended to launch a shared universe that would last indefinitely. Batman v. Superman follows Batman and Superman as they are brought into conflict by criminal mastermind Lex Luthor. Despite being a commercial success, the film received negative reviews, though the Rescuing Martha fight scene toward the end of the film was met with near universal praise from Batman fans. A three hour extended cut was released on home video.

Suicide Squad was released on August 5 2016 and directed by David Ayer. The film features Amanda Waller as she puts together a team of supervillains to perform tasks the government can't, lead by Rick Flag. Members of Batman's rogues gallery, such as Deadshot, Harley Quinn and Killer Croc, are prominently featured as members of the titular team. Affleck returns as Batman in several scenes and the Joker is also featured as a secondary antagonist. Like Batman v. Superman, the film received negatively, but was financially successful. 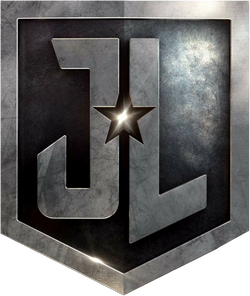 Justice League was released on November 17 2017 and was directed by Zack Snyder, though Joss Whedon took up post-production duties after the former left for personal reasons. Affleck reprises his role as Batman from Batman v. Superman and Suicide Squad. The film follows him teaming up with Wonder Woman, the Flash, Aquaman and Cyborg to fight Steppenwolf and the forces of Apokolips, after the apparent death of Superman. The film received mixed-to-negative reviews and was considered a financial disappointment. After an intense internet backlash, a four hour director's cut was released on March 18th, 2021.

Birds of Prey was released on February 7, 2020 and was directed by Cathy Yan. Margot Robbie reprise her role as Harley Quinn. Set after the events of Suicide Squad, the film follows Quinn teaming up with Jurnee Smollett-Bell as Black Canary, Mary Elizabeth Winstead as Huntress, Rosie Perez as Renee Montoya and Ella Jay Basco as Cassandra Cain against crime lord Black Mask played by Ewan McGregor.

A sequel to Suicide Squad was planned following the success of the original film, though it would serve as a soft-reboot for the franchise. Robbie, Davis and Kinnaman return as Quinn, Waller and Flag, respectively. The film also features several other characters, including Polka-Dot Man and the Ratcatcher 2.

Andy Muschietti will direct a Flash movie centering on Ezra Miller that will introduce the concept of a cinematic "Multiverse." A retcon that would unite previous incarnations of the Batman film franchise. Michael Keaton and Ben Affleck will return as their versions of the character. Producer Barbara Muschietti promised that film would "change everything, but doesn't forget anything" at the DC FanDome. Walter Hamada intends the film as way of refreshing their approach and correct the mistakes of the recent past.

Catwoman was released on July 23, 2004 and stars Halle Berry as Patience Phillips, where this version of Catwoman is a a shy, timid artist that gained cat like powers. Auteur French filmmaker Pitof directed the standalone movie. The film was panned by critics and was a box office bomb only grossing $82 million. The film intended to link itself to the previous series by placing a photo of Michelle Pfeiffer in a scene suggesting that all previous live-action depictions exist within the same reality. This was before legal issues regarding the television show were sorted in 2013, so no photos from the live-action series could be used by WB.

Joker was released on October 4, 2019 and was directed by Todd Phillips. Joaquin Phoenix stars as Arthur Fleck, a struggling comedian suffering with his mental health. The film is set in an 1980s Gotham City and tells a possible origin story for the Joker. The film was overwhelmingly financially successful and received positively, many praising Phoenix's performance and willingness to move away from the comics. However, some social commenters were concerned it may inspire real-world violence. Phoenix won an Oscar for the film which makes him the second actor to win an Oscar after Ledger in The Dark Knight and the fourth Joker actor to win an Oscar.