Birds of Prey
Justice League is a film based on the superhero team of the same name. It is the fifth release in the DC Films shared universe.

A director's cut was released on home video and streaming services in March 2021.

Thousands of years ago, Steppenwolf and his legions of Parademons attempted to take over Earth with the combined energies of three Mother Boxes. They were foiled by a unified army that includes the Olympian Gods, Amazons, Atlanteans, mankind, and a Green Lantern. After repelling Steppenwolf's army, the Mother Boxes were separated and hidden in locations on the planet. In the present, mankind is in mourning over Superman, whose death triggers the Mother Boxes to reactivate and Steppenwolf's return to Earth. In an effort to regain favor with his master, Darkseid, Steppenwolf aims to gather the boxes to form "The Unity", which will destroy Earth's ecology and terraform it in the image of Steppenwolf's homeworld.

Steppenwolf retrieves the Mother Box from Themyscira, prompting Queen Hippolyta to warn her daughter Diana of Steppenwolf's return. Diana joins Bruce Wayne in his attempt to unite other metahumans to their cause, with Wayne going after Arthur Curry and Barry Allen, while Diana tries to locate Victor Stone. Wayne fails to persuade Curry, but manages to recruit an enthusiastic Allen onto the team. Although Diana fails to convince Stone to join, he agrees to help them locate the threat if he discovers their location. Stone later joins the team after his father Silas and several other S.T.A.R. Labs employees are kidnapped by Steppenwolf seeking to acquire the Mother Box from mankind.

Steppenwolf attacks Atlantis to retrieve the next Mother Box, forcing Curry into action. The team receives intel from Commissioner James Gordon leading them to Steppenwolf's army, based in an abandoned facility under Gotham Harbor. Although the group manages to rescue the kidnapped employees, the facility is flooded during combat, which traps the team until Curry helps delay the flood so they can escape. Stone retrieves the last Mother Box, which he had hidden, for the group to analyze. Stone reveals that his father used the Mother Box to rebuild Stone's body after an accident almost cost him his life. Wayne decides to use the Mother Box to resurrect Superman, not only to help them fight off Steppenwolf's invasion, but also to restore hope to mankind. Diana and Curry are hesitant about the idea, but Wayne forms a secret contingency plan in case Superman returns as hostile.

Clark Kent's body is exhumed and placed in the amniotic fluid of the genesis chamber of the Kryptonian ship alongside the Mother Box, which in turn activates and successfully resurrects Superman. However, Superman's memories have not returned, and he attacks the group after Stone accidentally launches a projectile at him. On the verge of being killed by Superman, Batman enacts his contingency plan: Lois Lane. Superman calms down and leaves with Lane to his family home in Smallville, where he reflects and his memories slowly come back. In the turmoil, the last Mother Box is left unguarded and Steppenwolf retrieves it with ease. Without Superman to aid them, the five heroes travel to a village in Russia where Steppenwolf aims to unite the Mother Boxes once again to remake Earth. The team fights their way through the Parademons to reach Steppenwolf, although they are unable to distract him enough for Stone to separate the Mother boxes. Superman arrives and assists Allen in evacuating the city, as well as Stone in separating the Mother Boxes. The team defeats Steppenwolf, who, overcome with fear, is attacked by his own Parademons before they all teleport away.

After the battle, Bruce and Diana agree to set up a base of operations for the team, with room for more members. Diana steps back into the public spotlight as a hero; Barry acquires a job in Central City's police department, impressing his father; Victor continues to explore and enhance his abilities with his father in S.T.A.R. Labs; Arthur embraces his Atlantean heritage; and Superman resumes his life as reporter Clark Kent. In a post-credits scene, Lex Luthor has escaped from Arkham Asylum and then recruits Slade Wilson to form their own league. 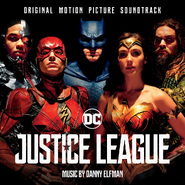 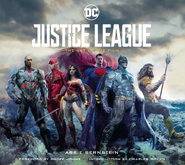 The Art of the Film 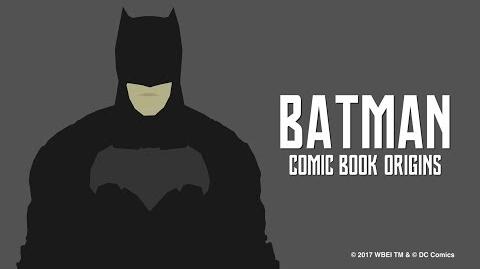 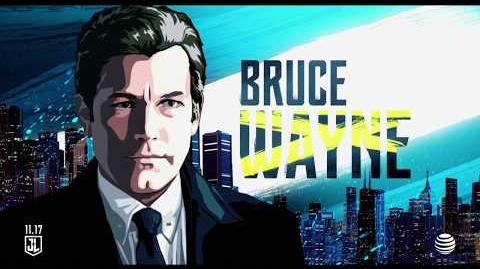 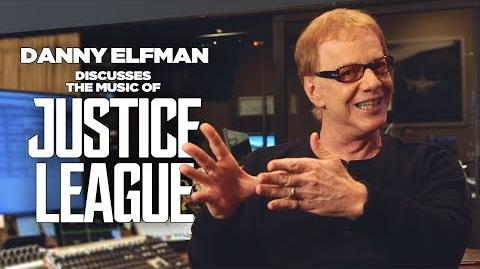 Due to the negative critical reception to Batman v Superman: Dawn of Justice, director Zack Snyder was put under pressure from WB to lighten the tone of the next film from the outset.[1] During principal photography would first takes based on studio notes, when they included jokes Snyder made alternate takes lacking humor in hopes that a director's cut might one day be released. Later when Snyder's daughter committed suicide he chose to leave the production. Due to the logistics of the film business, WB could not afford to stop production to wait for his return. Joss Whedon was chosen to finish the the theatrical cut. Whedon was also asked to write new scenes for the reshoots due to the enormous success of his first two Avengers films. Fan favorite composer Danny Elfman was chosen to do the score, replacing Junkie XL. The Batman Theme was subtly incorporated at Whedon's behest.

The movie did not perform to WB's expectations. Due to its budget and marketing cost, it failed to break-even with international revenue from its theatrical run. 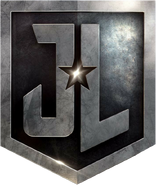 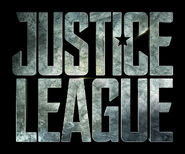 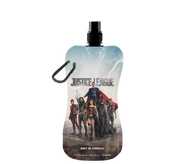 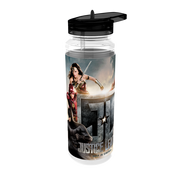