"Ooh. Talk about your cold shoulder."
―Ms. B. Haven after she was rejected by Freeze.[src]

Ms. B. Haven was likely an alias for a woman who was employed by Mr. Freeze.

Ms. B. Haven hung around with Mr. Freeze’s Hockey Thugs. She was attracted to Freeze, but he turned down her advances on at least one occasion, and told Haven that he only had feelings for his wife, Nora.

She only appeared once and was never seen again; it can be assumed that she was arrested after Batman and Robin had infiltrated Freeze’s Hideout but it is possible that she succeeds to escape capture as many Hockey Thugs.

"Joel said he would make me beautiful, and I could just have a good time and be a ham."
―Vivica A. Fox[src]

The character was originally envisioned to be a "comic book" version of Sonja Henie, costume designer Ingrid Ferrin opted for a more futuristic look after seeing the lair set. 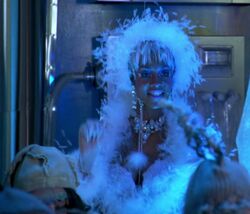 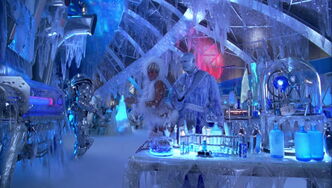 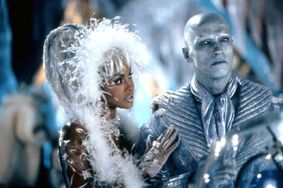 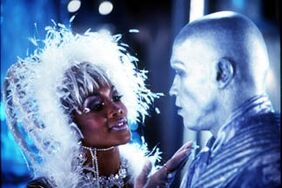 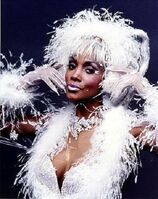 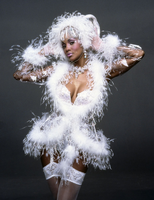 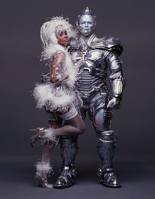 Add a photo to this gallery
Retrieved from "https://batman.fandom.com/wiki/Ms._B._Haven?oldid=210286"
Community content is available under CC-BY-SA unless otherwise noted.