Batman
Nigel Phelps is an English production designer and conceptual illustrator. Phelps was Anton Furst's longtime draftsman that created set drawings for him to add details and accents to.[1] Phelps designed all the key Gotham City locations seen in Tim Burton's Batman. He also did the sketches for all of the matte paintings by J.P. Trevor and Brian Bishop.[2]

In 1992 DC Comics commissioned Phelps to create an entirely new skyline for Cyrus Pinkney's "Old Gotham" in the Destroyer storyarc. This look for Gotham stood in mainstream continuity until 1998 when it was written out of continuity with the No Man's Land earthquake.

Phelps was generally never given credit in the media for his contribution to the art department, much like Julian Caldow. Neither of them were permitted to receive an Oscar along with Peter Young and Furst. DC never credited Phelps either. 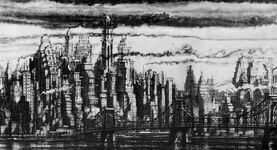 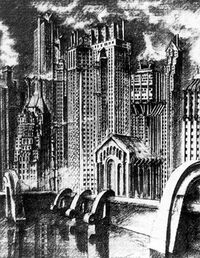 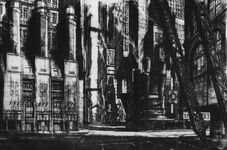 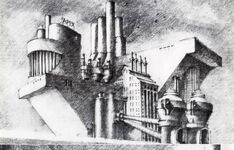 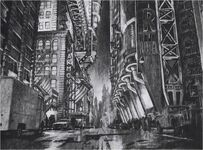 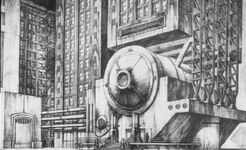 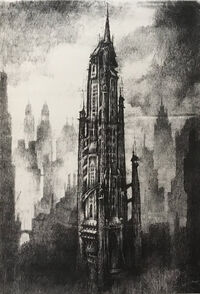 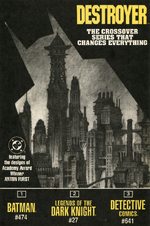