The Phantom Zone Criminals are the secondary antagonists in The LEGO Batman Movie. Composed of supposedly the most evil villains in the LEGO Multiverse, they were imprisoned in the inescapable Phantom Zone. After being freed by the Joker, they helped the Clown Prince of Crime in his schemes to destroy Gotham and take revenge on Batman.

The villains of the Phantom Zone were all imprisoned within the interdimensional prison, presumably by Superman, the Master Builders, or their respective enemies. After Superman banished General Zod to the prison, the prisoners were all shown in the report. Seen by the Joker, he was inspired to use them in his latest scheme against Batman.

After tricking Batman into banishing him into dimension, Joker convinced the villains to help him get revenge on Batman and destroy Gotham City. The prisoners all agreed to help, due to their shared experience in defeats at the hands of heroes. When Harley Quinn released them, the prisoners attacked civilians and terrorized the city. They also helped take over Wayne Island and the Batcave.

After Batman and Robin were released from Arkham Asylum, they fought their way through the prisoners with help from Commissioner Barbara Gordon and butler Alfred. During the fight, Sauron would be accidently killed by a fireball shot from the Kraken. When Batman confronted Joker at Wayne Manor, the prisoners only watched as the hero rejected the Clown Prince of Crime's status as his "greatest villain" and subsequent banishment to the Phantom Zone. After this, Joker lead the group to the Gotham Nuclear Plant, where they were to plant bombs to destroy the city.

Though Robin, Barbara and Alfred tried to continue the fight without Batman, they were overwhelmed and nearly killed. Whilst imprisoned within the Phantom Zone, Batman was released by its gatekeeper, Phyllis, on the condition that her returned. Saving his allies, they formulated a plan to return the prisoners, with help from all of Gotham's supervillains. In the subsequent battle, the army were able to defeat and return the prisoners, minus Joker. After preventing Gotham from being destroyed, Batman projected himself to the zone, but was refused, as he had redeemed himself and no longer considered villainous by Phyllis. 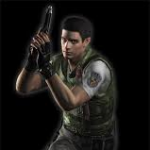