March 4, 2022
Notice: The page is about an upcoming work featuring Batman. It may not be up-to-date, contain incorrect information and possible spoilers.

The Batman is an upcoming superhero film based on the DC character of the same name. It will be a completely new interpretation of the character, unbound to previously established continuity by Zack Snyder. It has been described as having a stronger focus on detective work than previous film versions.

In his second year of fighting crime, Bruce Wayne aka Batman explores the corruption that plagues his hometown of Gotham City, as well as how it may tie to his own family, and coming into conflict with the serial killer, The Riddler, The crime lord, The Penguin. and the cat burglar, Catwoman.

Transition from the Snyder/Affleck era

The Batman originally started out as part of the same continuity as Batman v Superman: Dawn of Justice, Suicide Squad and Justice League. Ben Affleck, who portrayed Batman in the films, was originally set to write and direct the film, in addition to starring as the character. Writer Geoff Johns helped co-write the initial drafts for the script, which featured Deathstroke as the main villain. An Arkham Asylum breakout played a major role in the story. Despite initially being slated for 2018, Affleck dropped out of directing in January 2017, due to concerns about his wellbeing. Matt Reeves was brought in replace him the next month and allowed a year to finish production on the film War of the Planet of the Apes. Shorty after coming onboard, the script was significantly rewritten to allow Reeves more creative freedom. By August 2018, it was revealed the film would be a noir-detective story and focus on the early years of Batman, but would not be a retelling of his origin.

In January 2019, it was reported that the film would release in July 2021. Later that month, Affleck announced he had left the role of Batman for the film and larger DC Films appearances. He later revealed the troubled production of Justice League and his relapse to alcoholism had been the main reasons behind his departure. In the following May, it was reported that Patterson was the front runner to replace Affleck and was later cast that month. Leaks that June suggested that the film would no longer be set within the Snyderverse and it would be influenced by Zero Year and Batman: The Long Halloween, with a stronger emphasis on detective work. The new Batmobile was designed by Ash Thorp of ALT Creative, Inc.

Sometime in December 2019, a tweet reportedly said that a special location in Cardington, Bedfordshire has been reserved for a funeral scene that will be filmed in February. It was also said that people from ages 18-70 are being sought for special roles in the film, presumably funeral guests. Though not confirmed some speculate it could be Thomas & Martha Wayne's funeral, then again the film won't be an origin story, and some say it will be for a completely different character. Later on in December, a picture was tweeted showing the cathedral location surrounded by mini airship probs. Another point in December 2019, it was rumored that Robert Pattinson's Batsuit, could be based on the design that was previously posted as somewhat fan art by Lee Bermejo. The post was then deleted, possibly being that would be the final design for Pattinson's batsuit.

On January 4, 2020, Jeffrey Wright, the actor who will portray Commissioner James Gordon in The Batman, tweeted with the caption saying as follows "Woke up jet-lagged at 10 pm thinking I was late. 4:45am now. Off to Gotham 🦇". This meaning that filming is starting soon. Another tweet had been posted by a person named: Jordan Lee, saying that he was in Thames, and saw cop cars saying 'Gotham Police', as well as a van called 'Gotham Action News 4 HD', and finally a truck with the logo of 'Gotham Water & Power', so filming is slated to start around this time. Pictures were also leaked of a tall man with white bleached hair and an umbrella, most said that it could be The Penguin, and that Colin Farrell would be playing him. After the leak, Matt Reeves officially confirmed of Colin Farrell's casting, tweeting a pic of him with the caption "Wait --- is that you, #Oz ?". More pictures also stormed the internet, showing a possible picture of Robert Pattinson as Bruce Wayne, in a full motorcycle suit on a motorbike, along with a picture of Wayne Tower.

On January 27, 2020, Matt Reeves released a tweet with a picture of the movie clipper with "The Batman" logo, and revealing it's FPS and such, the caption was "#DayOne #TheBatman cc: @GreigfraserD". The next day, the 28th, Warner Bros released the press release revealing the cast for The Batman along with their roles, revealing that Jayme Lawson would be playing mayoral candidate: Bella Reál, and that Peter Sarsgaard would be playing Gotham District Attorney: Gil Colson. Along with two new members joining the cast, Alex Ferns as Commissioner Pete Savage and Con O'Neill as Chief Mackenzie Bock.

On February 13, 2020, Matt Reeves posted a video on Vimeo releasing the Camera Test for the Batsuit. The Batsuit was revealed with of course Robert Pattinson wearing it. Along with Michael Giacchino's score as the background music, and Jeffrey Wright posted a picture of a white-light coming out of a circular object, indicating the Bat-Signal.

In the recent days of February 18-21, numerous set leaks were posted, including bill-board about a "Gotham Renewal Corporation" and decorative pumpkins, indicating the Halloween setting for The Batman. A full-on set video, revealing the full Batsuit, with a stunt double in it, and revealing the brand-new Bat-Bike. Additionally, a casting list was revealed that said it was in need of "performers that could perform with fire-breathers, and also puppeteers were needed for a scene in an upcoming action movie". Sometime in early March, Matt Reeves released 3 teaser images revealing the Batmobile, and the full Batsuit with Robert Pattinson in it.

On March 14, 2020, it was announced that The Batman would shut down filming for 2 weeks due to the COVID-19 (Coronavirus) pandemic. On March 25, Reeves confirmed that it would indefinitely shut down until it is safe for them to film again. The release date was also pushed back to October 1, 2021 to accommodate the extra months of production.

On September 1, 2020, actor Alex Ferns revealed that filming had resumed via Twitter, though his tweet and account were deleted shortly afterwards. Two days later, it was reported that Pattinson had tested positive with COVID-19, forcing production to be halted once again. After two weeks of onset quarantine, filming was reported to have been restarted again. On October 5, 2020, it was announced that release date of The Batman would be pushed back again, this time to March 4, 2022.

On March 13, 2021, Reeves tweeted out that filming had finished. Many reports had predicted that it would wrap up in the month. Additionally, Jeffrey Wright also hinted at his return in the role of Commissioner Gordon, potentially alluding to the Untitled Gotham PD series and/or The Batman sequels. 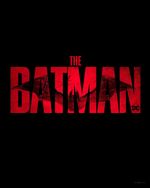 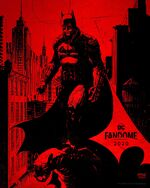 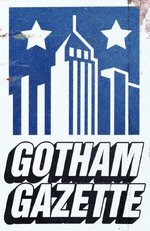 The Batman - Camera Test
Screen testing of The Batman

The Batman - DC FanDome Teaser
Add a photo to this gallery

During production suspension, it was announced that Reeves would be teaming up with Terence Winter to develop an HBO Max spin-off series to serve as a spin-off to The Batman. Set during Batman's first year, it is reported to be focused on the corruption in Gotham and center around GCPD. During DC Fandome, Winter revealed it would focus on a corrupt officer and the battle for his soul. During November 17, 2020, it was that Winter had left production of the spin-off due to creative differences. In January 2021, it was reported that Joe Barton had been brought on to replace him as showrunner.

Retrieved from "https://batman.fandom.com/wiki/The_Batman_(film)?oldid=232834"
Community content is available under CC-BY-SA unless otherwise noted.