Selina Kyle: “You don't owe these people any more. You've given them everything.”
Batman: “Not everything. Not yet.”
―Selina Kyle and Batman[src]

The film earned much more than the original 2005 film, but underperformed compared to its direct predecessor which remains the highest grossing film centered around the Batman character. The finale to the trilogy sold 12 million tickets less than the 1989 Warner Brothers film directed by Tim Burton.[1] It has been speculated the Aurora tragedy and the lack of added publicity value from Heath Ledger's death were significant factors.

In Uzbekistan, the C.I.A. is extracting Leonid Pavel, a physicist. Some prisoners join the flight, but they are Bane and his men. They conquer the plane and abduct Pavel. Another plane hooks on and pulls the CIA plane causing the wings to snap off. It crashes into the mountains, staging Pavel's death in the process.

Eight years after the events of The Dark Knight, Gotham City is in a state of peace. Batman has disappeared since the night of Harvey Dent's death. Under powers granted by the Dent Act, Commissioner Jim Gordon has nearly eradicated violent and organized crime. However, he still feels guilty about the cover-up of Harvey Dent's crimes as Two-Face.

At a function celebrating Dent, he plans to admit to the conspiracy, but decides that the city is not ready to hear the truth. While following a lead in the abduction of a congressman from the function, Gordon's speech falls into the hands of Bane, who has arrived to Gotham City. Gordon is shot in the process and hospitalized, and he promotes patrol officer John Blake to detective, allowing Blake to report directly to him.

Bruce Wayne has locked himself inside Wayne Manor for the past eight years since he retired as Batman. Wayne Enterprises is crumbling after he invested in a clean energy project designed to harness fusion power, but shut the project down after learning that the core could be modified to become a nuclear weapon. Both Gordon and Blake — who has deduced Batman's identity — implore Bruce to return as Batman, but Alfred resigns in a failed attempt to dissuade him.

Bane stages an attack on the Gotham Stock Exchange and uses a stolen set of Bruce's fingerprints to place a number of risky investments in his name, bankrupting Bruce and forcing him to relinquish control of Wayne Enterprises. Correctly suspecting that his business rival, John Daggett, has employed Bane to aid in an aggressive take-over of the company, Bruce entrusts businesswoman Miranda Tate to keep full control out of Daggett's hands.

Following a trail left by cat burglar Selina Kyle, Batman confronts Bane in the sewers, who says that he is there to fulfill Ra's al Ghul's destiny. He reveals that he was using Daggett's construction firms to stage a heist on Wayne Enterprises' Applied Science Division. He steals Batman's arsenal before crippling him by slipping one of his spinal discs and sending him to an ancient prison, the Pit, from which escape is virtually impossible. The other inmates relate the story of the only person to ever successfully escape from the prison, a child driven by necessity and the sheer force of will, said to be the child of Ra's al Ghul.

Bane lures the vast majority of Gotham's police force underground and sets off a chain of explosions across the city, trapping the officers and turning Gotham City into an isolated city-state. Any attempt to leave the city will result in the detonation of a nuclear bomb, that was once the Wayne Enterprises fusion reactor converted by Pavel. Addressing the citizens, Bane executes Pavel at a football field, reveals the cover-up of Dent's death outside Gotham City Hall, and releases the prisoners locked up under the Dent Act. The rich and powerful are dragged from their homes and put before a show trial presided over by Jonathan Crane. After an attempt to sneak Special Forces soldiers into the city fails, the government blockades Gotham and the city further regresses into a state of anarchy.

Meanwhile, Bruce trains himself for five months, recovering from the injuries Bane inflicted upon him, and successfully escapes Bane's prison to return to Gotham. On the last day before the nuclear bomb is to explode, he enlists Selina, Blake, Miranda, Gordon and Lucius Fox to help liberate the city and stop the nuclear bomb before it grows too unstable and explodes. Batman confronts and subdues Bane, but is stabbed by Miranda as she reveals herself to be Talia al Ghul, Bane's friend whom he protected as a child and helped to escape the prison.

She plans to complete her father's work (by destroying Gotham) and exact personal vengeance against Bruce for his death. Gordon successfully cuts off the bomb's ability to be remotely detonated while Selina kills Bane, allowing Batman to chase Talia. He tries to force her to take the bomb to the fusion chamber where it can be stabilized, but she remotely floods the chamber. Batman shoots her truck off the road and Talia dies in the resulting crash, confident that the bomb cannot be stopped. Using the Bat developed by Lucius, Batman hauls the bomb beyond the city limits, where it detonates over the ocean.

In the aftermath of the explosion, Batman is praised as a sacrificial hero and Bruce is believed dead as a casualty of the riot. Later Lucius finds out that Bruce had fixed the autopilot on the Bat 6 months ago, hinting that Batman wasn't inside the Bat when it exploded with the bomb. As Bruce's estate is divided up, Alfred attends his annual vacation and witnesses Bruce and Selina together alive in a cafe in Italy, while Blake inherits the Batcave. 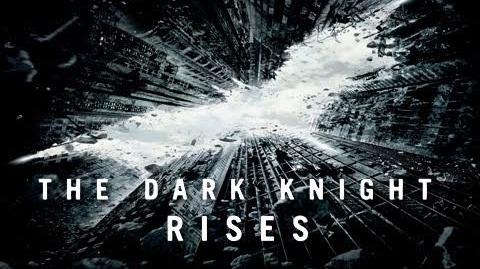 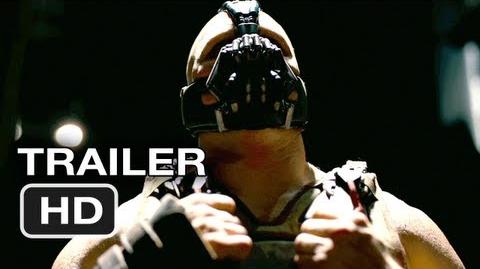 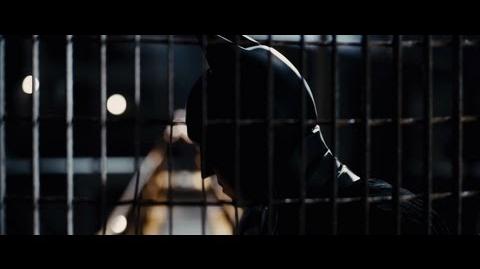 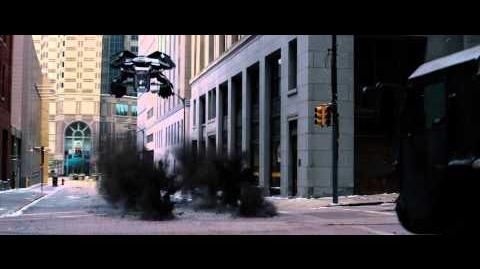 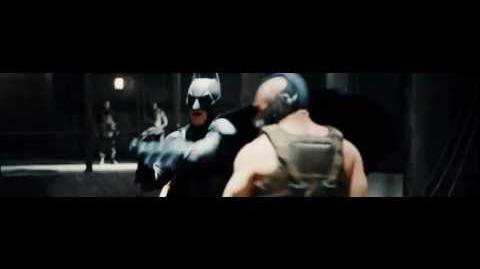 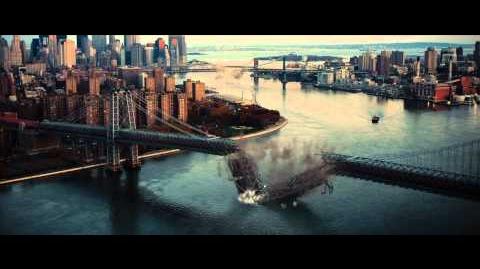 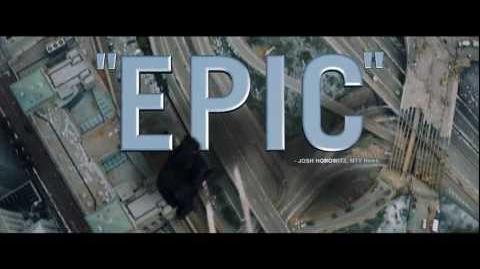 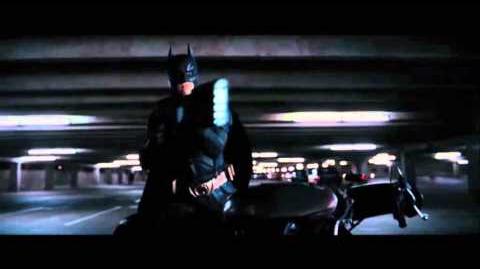 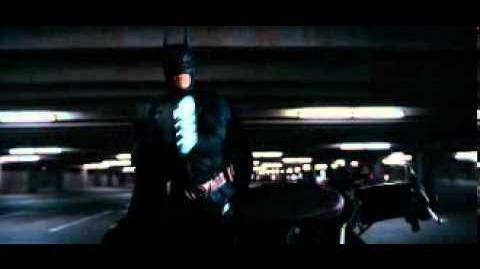 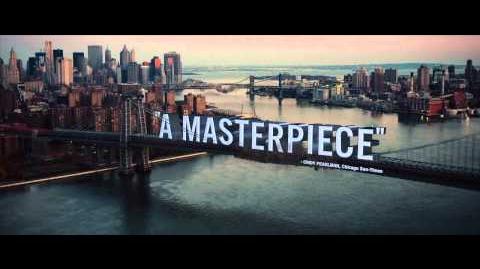 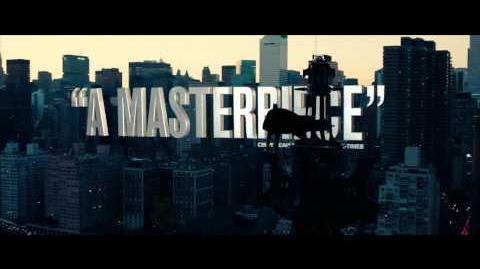 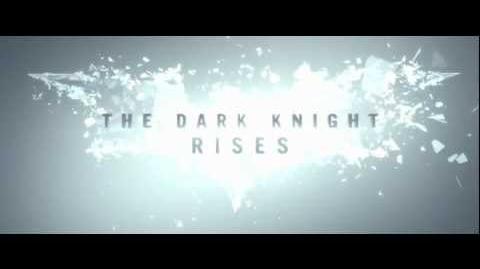 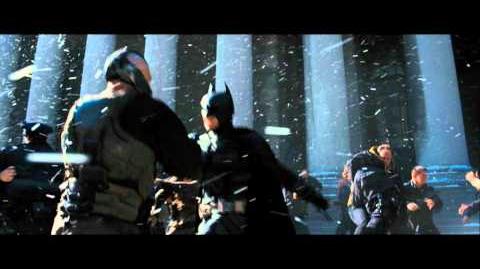 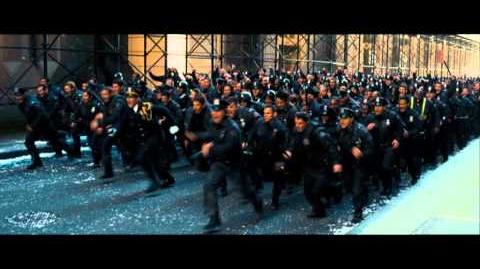 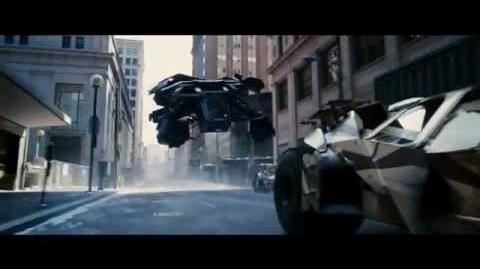 Warner Bros. president of production Jeff Robinov had hoped a third film would be released in 2011 or 2012. Nolan wanted the story for the third installment to keep him emotionally invested. "On a more superficial level, I have to ask the question," he reasoned, "how many good third movies in a franchise can people name?" Nolan only agreed to a third film on the basis of finding a worthwhile story, fearing that he would become bored halfway through production if he discovered the film to be unnecessary. By December 2008, Nolan completed a rough story outline, before he committed himself to Inception. Later in December, Alan F. Horn confirmed that while discussions with Nolan about a third film were ongoing, no casting had been done, and Horn denied all such rumors. Before Nolan confirmed his involvement, Gary Oldman had said he was confident Nolan would return. It was not until February 9, 2010 that it was announced that Nolan had "cracked" the story of a sequel to The Dark Knight and was committed to return to the project. Shortly afterward, it was announced David S. Goyer and Jonathan Nolan were working on a screenplay. Goyer would leave the project during pre-production to begin work on Man of Steel; Jonathan continued writing the script based on the story by his brother Chris and Goyer. The film's storyline takes influence from the story arcs in the Batman comics like The Dark Knight Returns, Knightfall and No Man’s Land.

Nolan confirmed the Joker would not return in the third film, and dismissed rumors that he considered using unused footage of Heath Ledger from The Dark Knight. The Dark Knight Rises will reunite Nolan with many of his past collaborators, including Cinematographer Wally Pfister, production designer Nathan Crowley, editor Lee Smith, costume designer Lindy Hemming, special effects supervisors Paul Franklin and Chris Corbould, and composer Hans Zimmer.

The film has an estimated budget of $250 million. Nolan has elected not to film in 3-D, but has instead stated that he intends to focus on improving image quality and scale using the IMAX format. The Dark Knight Rises will feature more scenes shot in IMAX than The Dark Knight; Nolan's wife and co-producer Emma Thomas stated that the film will have between forty and fifty minutes of footage shot in IMAX (by comparison, The Dark Knight contained thirty minutes), depending on the editing process. Nolan has had several meetings with IMAX Vice-President David Keighley to work on the logistics of projecting films in digital IMAX venues. Wally Pfister had expressed interest in shooting the film entirely in IMAX, but because of the considerable noise made by IMAX cameras, 35mm and 70mm cameras had to be used for shooting the film's dialogue scenes, as dialogue had to be dubbed when shot with IMAX cameras.

Two working titles were used for the film: Magnus Rex and Fox Hills Green, the latter particularly for some casting. Filming was scheduled to start in May and conclude in November 2011. Principal photography commenced on May 6, 2011, in Jodhpur, India at the Mehrangarh Fort before moving to Pittsburgh. Shooting locations within the city included Heinz Field, the site of an American football game, with members of the Pittsburgh Steelers playing the Gotham Rogues football team. Filming in Pittsburgh also took place at the Mellon Institute and Software Engineering Institute at Carnegie Mellon University. A letter sent out to residents and business owners detailing road closures revealed that the streets of the city would be featured "as the start of [the] film". 9-1-1 operators were told to expect an increase in calls related to gun shots and explosions in the film's production. The Pittsburgh leg of production wrapped after three weeks on August 21, 2011, before moving on to Los Angeles and New York. In November 2011, shooting shifted to Newark, New Jersey. Newark City Hall and Military Park were among the locations used for filming. Other shooting locations include London and Glasgow, the latter of which was used for "additional exterior filming". Principal photography concluded on November 14, 2011.

Production photos from filming in Pittsburgh showed a second Tumbler chassis after the first was destroyed in The Dark Knight. Further set photos revealed a "new vehicle" being transported to Wabash Tunnel, prompting speculation as to its nature. In June 2011, Autoblog confirmed the presence of the new Lamborghini Aventador on the film set.

Several accidents occurred during the production of the film. While filming at Wollaton Hall, a tractor-trailer crashed into the main entrance, though no one was injured. A stuntman parachutist later crashed through the roof of a home in Cairngorm Gliding Club, Feshiebridge in Scotland, and became wedged there after a failed landing during a skydiving stunt; he was not seriously injured. While filming scenes in Pittsburgh, Hathaway's stunt double crashed into an IMAX camera while filming a sequence that required her to ride a Batpod down a flight of stairs during a riot. There were no injuries, but the camera was destroyed. A second accident took place in Pittsburgh when the truck carrying the new, unidentified vehicle went off-course and crashed into a lighting array, damaging the model of the aircraft. Production was delayed while the model was repaired. 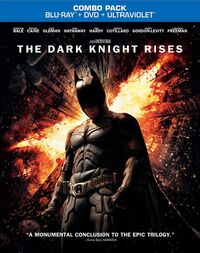 The Dark Knight Rises was released on December 3rd, 2012 as a Blu-ray Combo Pack, DVD and Digital Download.