"Always be yourself, unless you can be Batman."
―tagline[src]

The Lego Batman Movie is an American-Danish superhero action comedy film by Warner Animation Group. It is directed by Chris McKay, produced by Roy Lee, Dan Lin, Phil Lord and Christopher Miller, and written by Seth Grahame Smith. It is a spin-off of the 2014 film, The Lego Movie, focusing on Batman, who was previously established in that universe. It stars Will Arnett, Zach Galifianakis, Michael Cera, Rosario Dawson, Jenny Slate, and Ralph Fiennes. The film was released on February 10, 2017 by Warner Bros.

Within the DC superhero dimension in the Lego Universe, Batman continues to protect Gotham City and fight crime. During his latest mission to stop the Joker from destroying the city, Batman hurts Joker's feelings by telling him he is not as important in Batman's life as he thinks he is, leading Joker to seek the ultimate revenge on him. The following day, Batman's alter-ego Bruce Wayne attends the city's winter gala which is celebrating both the retirement of Commissioner Gordon and the ascension of his daughter Barbara as the city's new police commissioner, only to be infuriated by Barbara's plans to restructure the police to function without the need of Batman. Joker crashes the party with the city's other villains, all of whom surrender except Harley Quinn, who mysteriously disappears during the confusion.

Suspecting his archenemy is up to something, Batman plots to steal Superman's Phantom Zone Projector (a device that can banish anyone to the Phantom Zone which houses some of the most dangerous villains in the Lego multiverse), only for Alfred to intervene and advise him to take care of Dick Grayson, whom Batman accidentally adopted as his ward during the gala earlier. Reluctantly agreeing to do so, Batman fosters Dick as Robin, whereupon the pair successfully recover the Projector from the Fortress of Solitude and break into Arkham Asylum to send Joker to the Phantom Zone. Suspecting that the Joker wanted to be sent there, Barbara locks up Batman and Robin.

While the Projector is being seized as evidence, Harley steals it back as part of Joker's plan and frees him, allowing him to return to Gotham with all the villains he had recruited in the Phantom Zone, including King Kong, the Gremlins, the Wicked Witch of the West and her Flying Monkeys, a Tyrannosaurus rex and a Velociraptor (presumably from Jurassic Park/ Jurassic World), Lord Voldemort, Sauron, the Jaws great white shark, the Daleks, Lord Vampyre, The Evil Mummy, Swamp Creature, Medusa, Agent Smith and his clones, Skeleton Warriors, General Zod and the Kraken. Realizing that the city does in fact need him, Barbara releases Batman and Robin and teams up with them and Alfred to stop the Joker. Although Batman finds himself able to trust and rely on his new team upon reaching Wayne Island, he chooses to send them away rather than losing them like his parents. Upon facing him alone, Joker believes that Batman is incapable of change and zaps him to the Phantom Zone before stealing the Batcave's stash of confiscated bombs. Arriving in the Phantom Zone, Batman witnesses the harm his selfishness has caused to everyone and slowly accepts his greatest fear. Making a deal with the Zone's gatekeeper Phyllis, a talking Lego brick, to be allowed back to Gotham in order to retrieve the Zone's escaped prisoners, Batman arrives in time to save his teammates, apologizing to them for leaving them and requesting their help to stop Joker.

Realizing Joker's plans to use the explosives he took to destroy the city's Energy Facility that causes the city to come apart and be destroyed, Batman turns Barbara into Batgirl, before he, his team and Gotham City's other villains, who felt neglected by Joker, manage to successfully send the escaped villains back to the Phantom Zone. However, the group fail to stop Joker's bombs going off as the explosion begins to tear the city apart at the plates beneath it. Knowing this was his fault, Batman reluctantly convinces Joker that he is the true reason for being the hero he is before they, their friends and allies and the city's inhabitants, chain-link themselves together and pull the plates back together, saving the city.

With the city saved, Batman prepares to be taken back into the Phantom Zone to fulfill his bargain, only to be rejected by Phyllis, who chooses to let him remain after realizing he is a hero and seeing how much he had changed in order to save everyone. Afterwards, Batman allows Joker and the rest of his rogues to temporarily escape with the confidence that whenever they return, they will be no match for the Batman family.

The movie ends with Batman spending a new life with his family.

Aside from the DC characters, the following characters that appear in the film are from various franchises. These characters include: 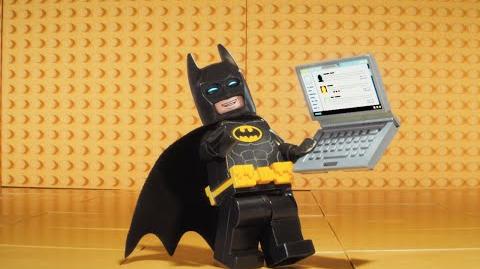 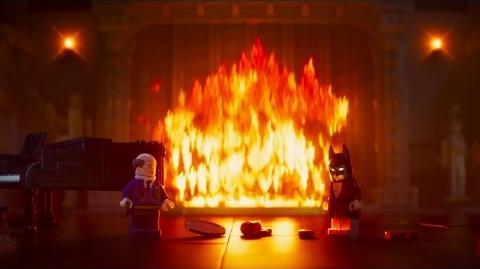 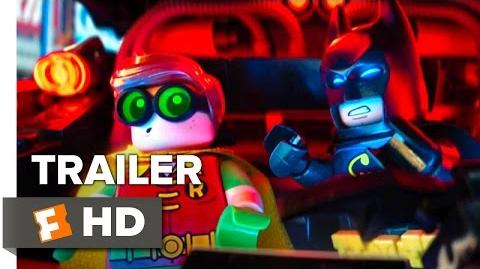 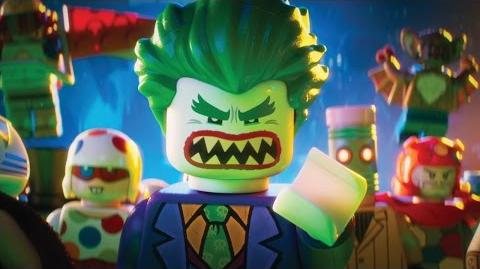 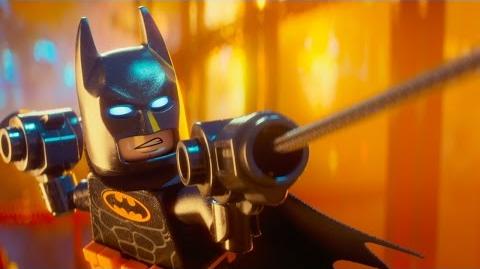