The Joker
The Penguin

"Ellen Yin: No! No more riddles, what do you want, you maniac?
Riddler: I prefer 'brainiac'. For as you've been learning, knowledge is power"
―Riddler and Detective Yin

As a child, Edward Nigma was a clever boy who was disliked by his father. His father was confused by and jealous of his son's intelligence and beat him.

When he was older, Edward got a job at a university where he and his partner (and possible love interest) Julie invented a device which would enhance the human brain, giving its user amazing brain power. During the development stages of the device, a man named Gorman kept trying to get Edward to sell the right of the invention to him, an offer which Edward refused. During the demonstration of the device to the dean, though, the device malfunctioned. Edward subsequently accused Gorman of sabotaging the device and decided to get vengeance years later by booby trapping Gorman's house with deadly puzzles and traps, turning his house into a death trap. While trying to survive his house of horrors, Gorman called the police, a call intercepted by The Batman who went to the house, and saved Gorman. Edward escaped, inspired by the Batman's appearance. Hoping to increase his chances of success against Batman, he donned a new identity... as The Riddler.

The Riddler broke out of Arkham Asylum many times after his first arrest. One time he tried to distract the police force which numerous riddles spread throughout Gotham city as he stole all the electronic information in the city's mainframe; on another he tried to pit the Joker and the Penguin together in a fight to defeat Batman and take off his mask.

During his final on-screen confrontation with the Batman, wherein his backstory was revealed, The Riddler and Batman both worked out that Gorman hadn't been the saboteur of his invention on the demonstration in the university; Julie had done it so that she didn't need to share the profits of her device with Edward. The Riddler goes back to the university where Julie still works, tied Julie to a chair and tried to kill her with feedback from the device before he was stopped once more by Batman and Robin. Batman, taking sympathy on the Riddler, leaves Julie tied to the chair and allows her to be taken into custody by the police. Julie looks over the tearful, unconscious Ridder and expresses guilt and remorse over being responsible for turning her former boyfriend into a villain.

In the episode Rumors, the Riddler is captured by Rumor.

Riddler is a master criminal strategist, and has an affinity for riddles and puzzles - he prefers using elaborate methods of committing crimes on a wide scale, and cannot resist leaving clues to his crimes. This habit can be a major weakness and can be easily exploited.

Another weakness he has is that he dislikes figuring things out the easy way; this is shown when, instead of pulling off Batman's mask, he submitted him to a game of 20 questions with "yes" or "no" answers in order to deduce his identity, and quickly tried to drown out another from telling him the answer.

Whilst he is not athletically proficient, he very briefly held his own against Batman during their final confrontation. He is very computer-literate and is an expert hacker and mechanic. Mostly, he resorts in hacking Gotham City's grids, controlling anything from the electricity distribution, being able to basically turn on and off any building anywhere (while often turning on the windows in a question mark pattern) to even starting subways and bridges with remarkable timing.

The Riddler was also going to appear in the scrapped movie The Batman vs. Hush. 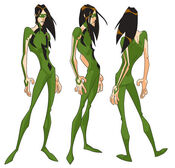 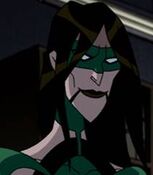 Retrieved from "https://batman.fandom.com/wiki/The_Riddler_(The_Batman)?oldid=219835"
Community content is available under CC-BY-SA unless otherwise noted.