Birds of Prey
The Suicide Squad is a movie based on the DC Comics team of the same name and a sequel/soft-reboot to Suicide Squad. The film was written and directed by James Gunn. The film features multiple characters connected to the Batman mythos, including Harley Quinn, Polka-Dot Man and the Ratcatcher. The film was also based heavily on the John Ostrander and Kim Yale's run on the comic series.

The Suicide Squad, consisting of Harley Quinn, Rick Flag, Captain Boomerang, Savant, Javelin, The Detachable Kid, Mongal and Weasel, are deployed to Corto Maltese. However, upon arrival, the group are ambushed by military forces, resulting in the deaths of the group. Only Quinn and Flag survive; the former being captured and the latter escaping but being ambushed by the resistance led by Sol Soria.

In flashbacks, Waller recruits a second team consisting of Bloodsport, Peacemaker, Polka-Dot Man, Ratcatcher 2 and King Shark. The mission is to infiltrate the island to destroy Jotunheim, a former Nazi laboratory used by the government to research "Project Starfish". Due to the regime changing to an anti-American military government in a recent coupe, Waller wants them to destroy both the project and research data. To infiltrate the facility, the group must capture the facility's head, Gias Grieves / The Thinker. Whilst Team One engages the military, Team Two enters the country undetected.

After camping the night in the jungles, Waller deploys the group to rescue Flag from the resistance. After ambushing and killing most members, they learn that Flag has made an agreement with Soria to smuggle them into the capital city Valle Del Mar. Meanwhile, Quinn is brought to and seduced by Presidente Luna, who reveals the usage of the previous regime to liquidate rivals, critics and their families. When she learns of his similar intentions, Quinn murders Luna but is captured by General Suarez, who takes command and orders the arrest of the other Squad members.

With help of a resistance smuggler called Milton, the Squad infiltrate Valle Del Mar and wait at La Gatita Amable to capture Grieves. However, the military arrive as Bloodsport ambushes Grieves, forcing him, Peacemaker and Flag to surrender whilst the others escape with the Thinker. During the transfer, they learn of Quinn's capture and manage to escape. Harley, meanwhile, manages to escape her holding cell and regroup with the team as they prepare their own rescue.

With Thinker's cooperation, the Squad infiltrate Jotunheim. Whilst Bloodsport, Quinn, King Shark and Polka-Dot Man plant explosives, Flag and Ratcatcher investigate the Project Starfish labs with the Thinker. To their horror, they learn it was actually a creature recovered from space dubbed "Starro the Conqueror", a giant starfish with the ability to replicate itself to kill and control other beings. To save controversy, the US government handed it over to the Corto Maltese's ruling family to experiment on it in their place. During the confrontation, Peacemaker arrives and reveals he'd been tasked by Waller to cover up their involvement. This leads to a confrontation with Flag, who is shocked by the reveal and plans to expose the truth to the world.

When the other Squad members encounter guards, Polka-Dot Man accidently detonates the explosives and causes the facility to collapse prematurely. This causes Starro's release, during which it captures and kills Thinker in retribution for years of torturous experimentation. Meanwhile, Flag and Peacemaker fight over the facility's hard drive, eventually resulting in the former's death. When Ratcatcher flees with the drive, Bloodsport shoots Peacemaker to prevent him from killing her.

Having survived the collapse, the Squad watch Starro break out and begin to rampage the city, killing all the military forces deployed to stop them including Suarez. Though they are told to leave by Waller, Bloodsport decides defy them and save the nation, with the other teammates joining him. Before Waller activates their explosives, her staff knock her unconscious and assist the group. Though Polka-Dot Man is crushed by Starro, the team manage to defeat it by summoning the city's rats and using them to destroy the creatures insides. During the battle, Sol kills the remaining generals and declares Corto Maltese a democracy.

After the battle, Bloodsport uses the data they've recovered to blackmail Waller into releasing the Squad. The group are then airlifted out to return home. During the credits, Weasel is revealed to have survived the beach battle and ventures into the Corto Maltese jungle. In a post-credits scene, Peacemaker is also revealed to have survived and is recruited by Waller for another mission. 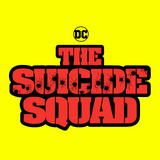