Trust was a song that was played by the Joker and his Goons during the planned attack on Gotham City's 200th Anniversary Parade. 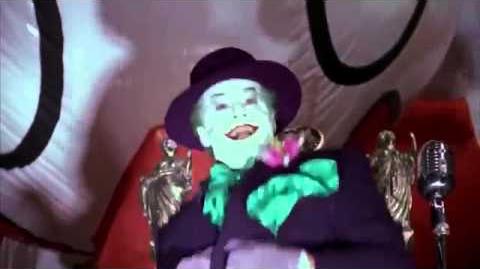 RIP Prince Trust Batman
Add a photo to this gallery
Retrieved from "https://batman.fandom.com/wiki/Trust?oldid=206419"
Community content is available under CC-BY-SA unless otherwise noted.