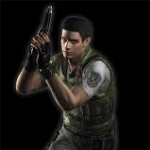 I've been a fan of DC Comics superheroes since I was a teenager, but Batman is easily my personal favourite. My interest in the Dark Knight and his mythos stems from a variety of factors, including many great stories involving the character, his unique and interesting rogues gallery, and varied interpretations across all forms of media.

I have been active on this wiki since 2016, mainly editing pages on Batman related media. I currently am a Co-Administrator here.

Retrieved from "https://batman.fandom.com/wiki/User:Mc_dark_knight_2013?oldid=213443"
Community content is available under CC-BY-SA unless otherwise noted.