Wayne Enterprises was the base of all of Bruce Wayne's international operations.

In Batman & Robin, Wayne Enterprises was briefly metioned during the donation of the giant telescope for Gotham Observatory. 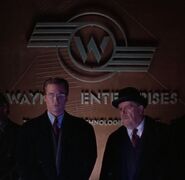 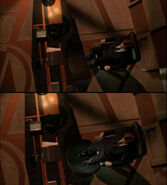 tunnel to the batcave

Retrieved from "https://batman.fandom.com/wiki/Wayne_Enterprises_(Burtonverse)?oldid=204988"
Community content is available under CC-BY-SA unless otherwise noted.